With views over the park and out to the CBD, we created spaces for every time of day…

Interiors: The Dept. of Design 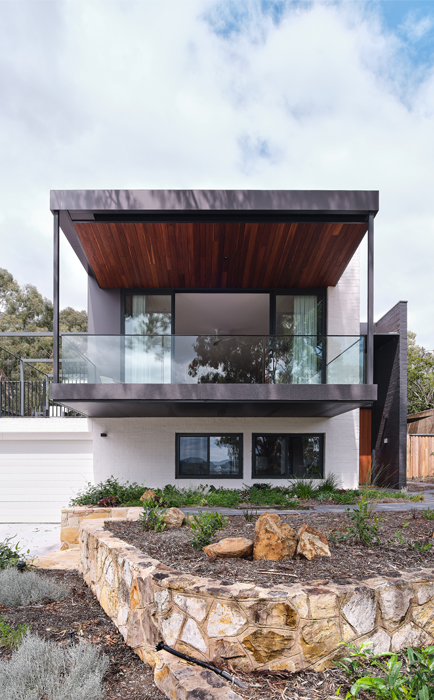 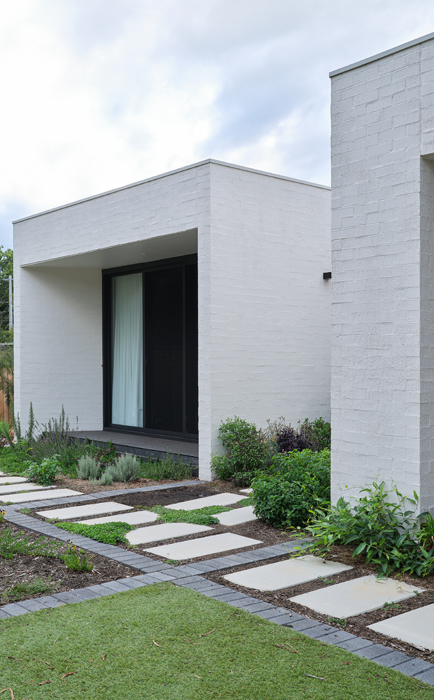 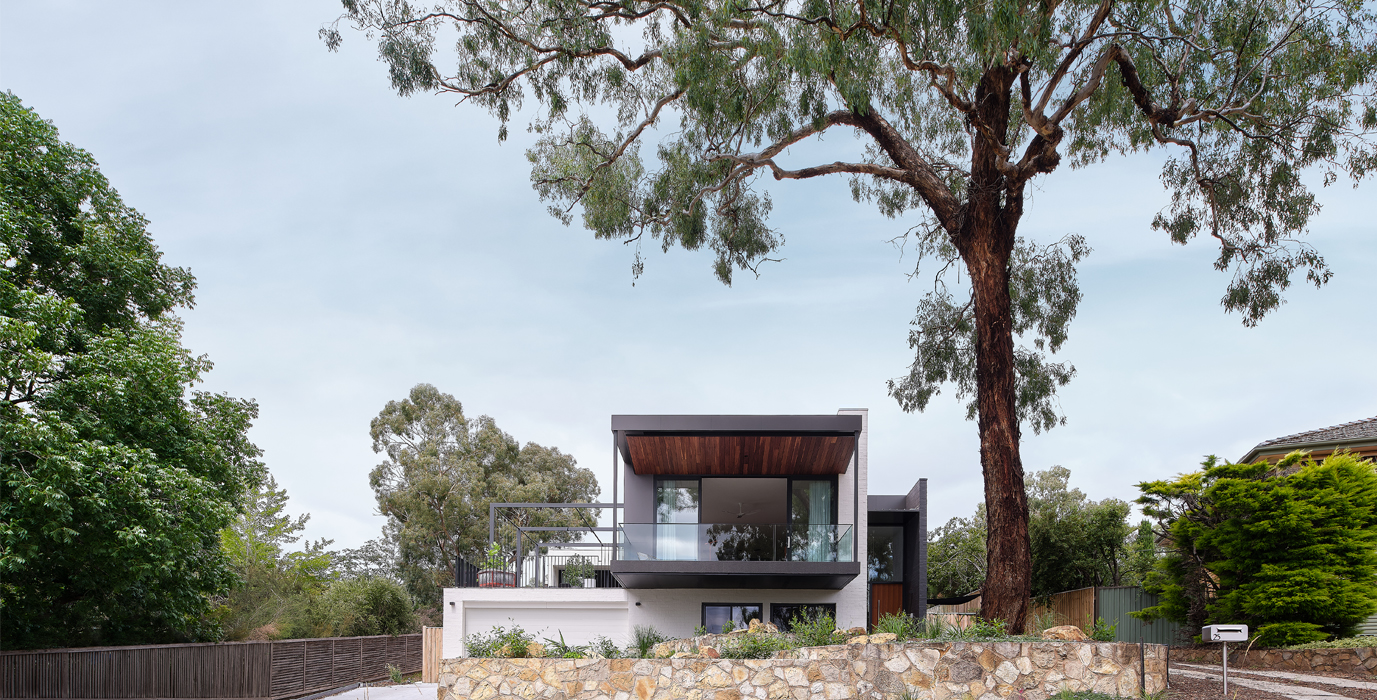 What’s this about a new detached three-bedroom house in an established suburb essentially being laid out to operate more like a one-bedroom penthouse? 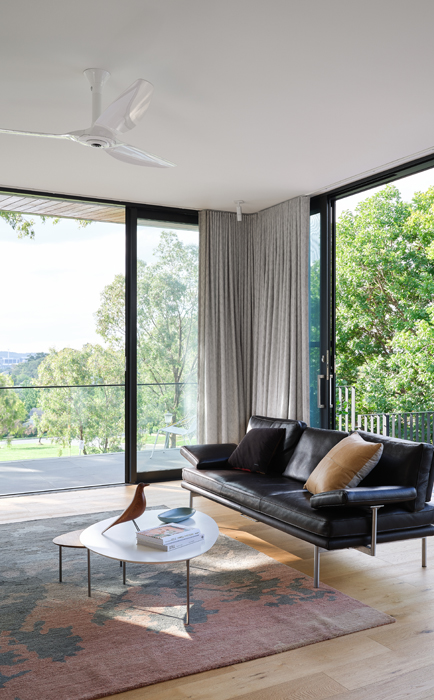 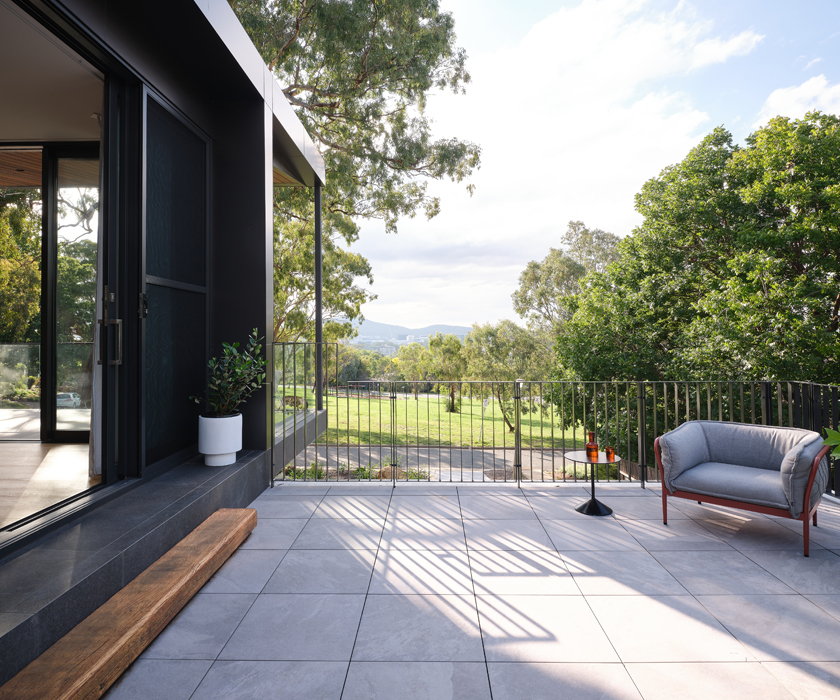 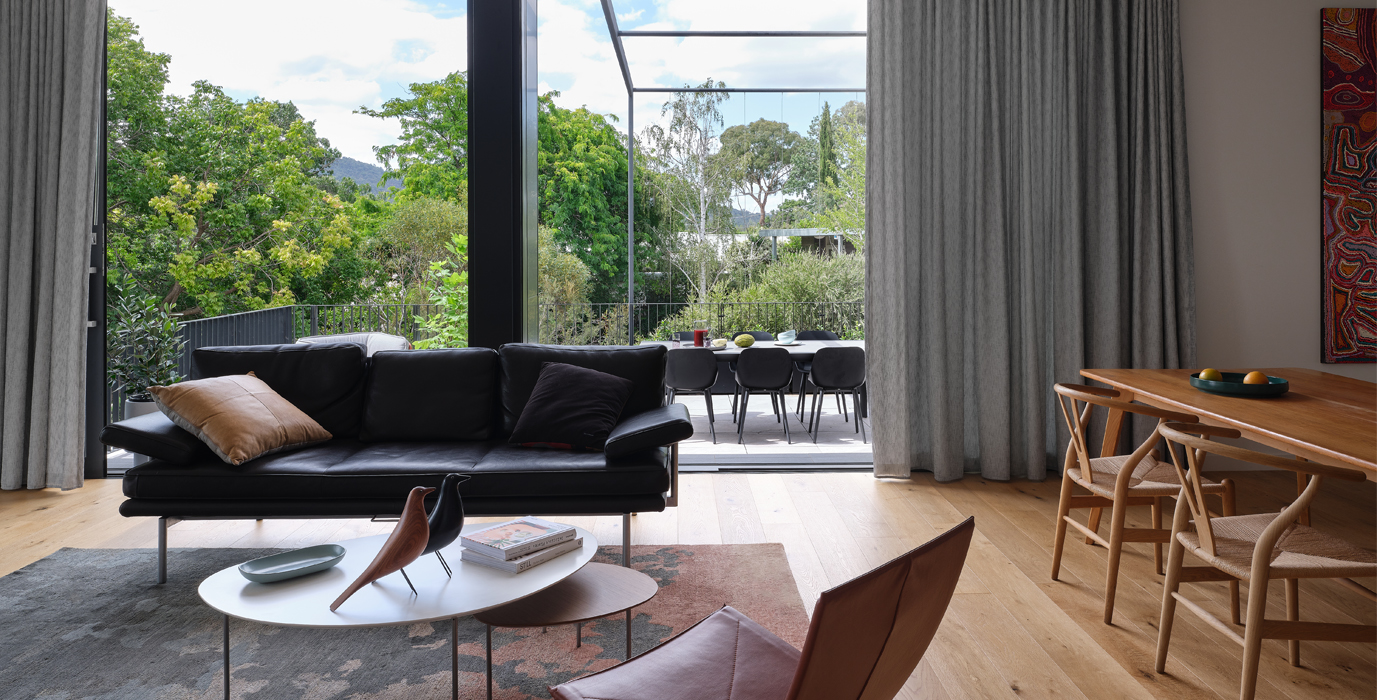 The brief we received from a near-retirement, design-savvy client, was for a private, sunny, comfortable home for herself and three dachshunds that would borrow the neighbourhood’s near greenery and look more distantly towards civic Canberra’s lights.

Though it would have two downstairs bedrooms on the entry level, the main living floor, under three metre ceilings, would be spacious and appointed for art. A massive north terrace would be accessible from both living room and the main bedroom, which would also be accessible via a glass corridor link. 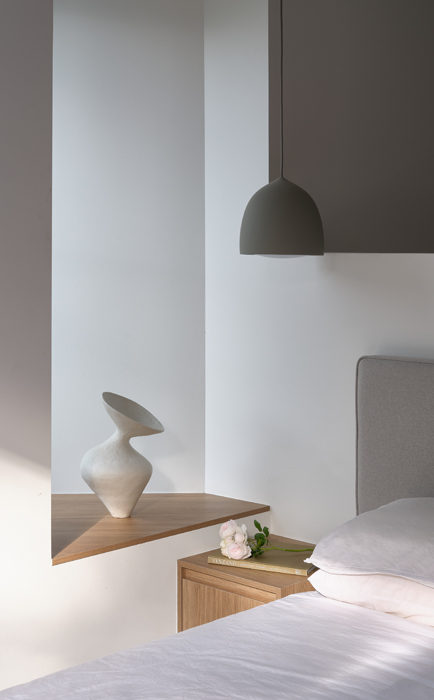 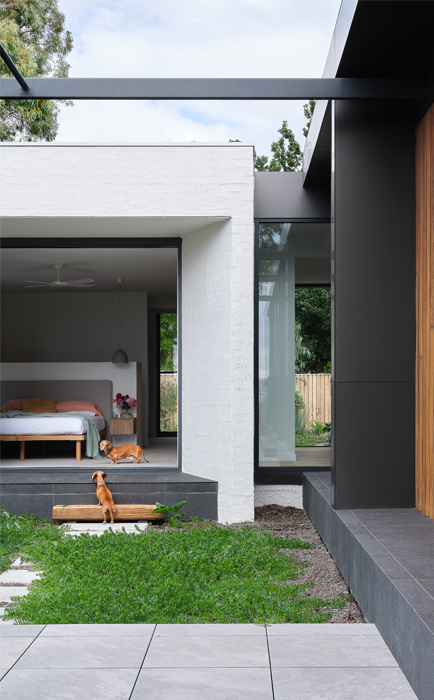 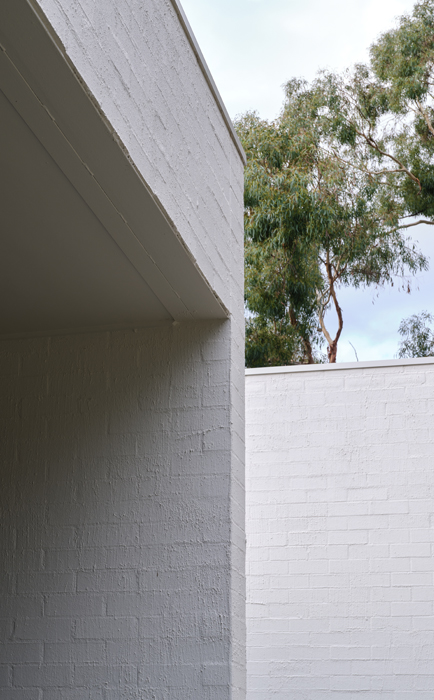 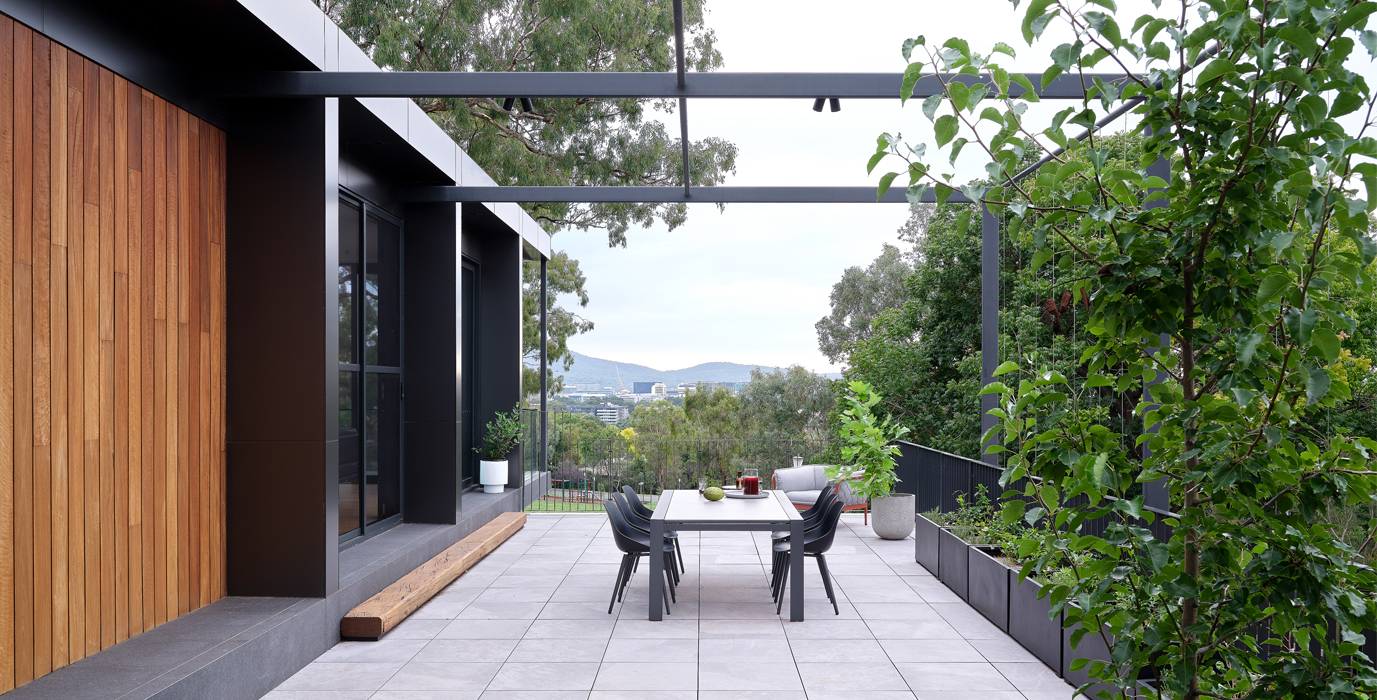 The second, wood-canopied front balcony would expand across a three-metre cantilever. And that feature would aid the illusion of the house being much less dominating of the street than its internal accommodation of 250 square metres would usually suggest.

Arranged along blocky, modernist geometries and constructed in bagged, white-painted brick, with crisp detailing in shades of charcoal, black and Blackbutt timbering, the house-as-penthouse that emerged from the usual commission is self-contained, stylish and uncommonly serene. 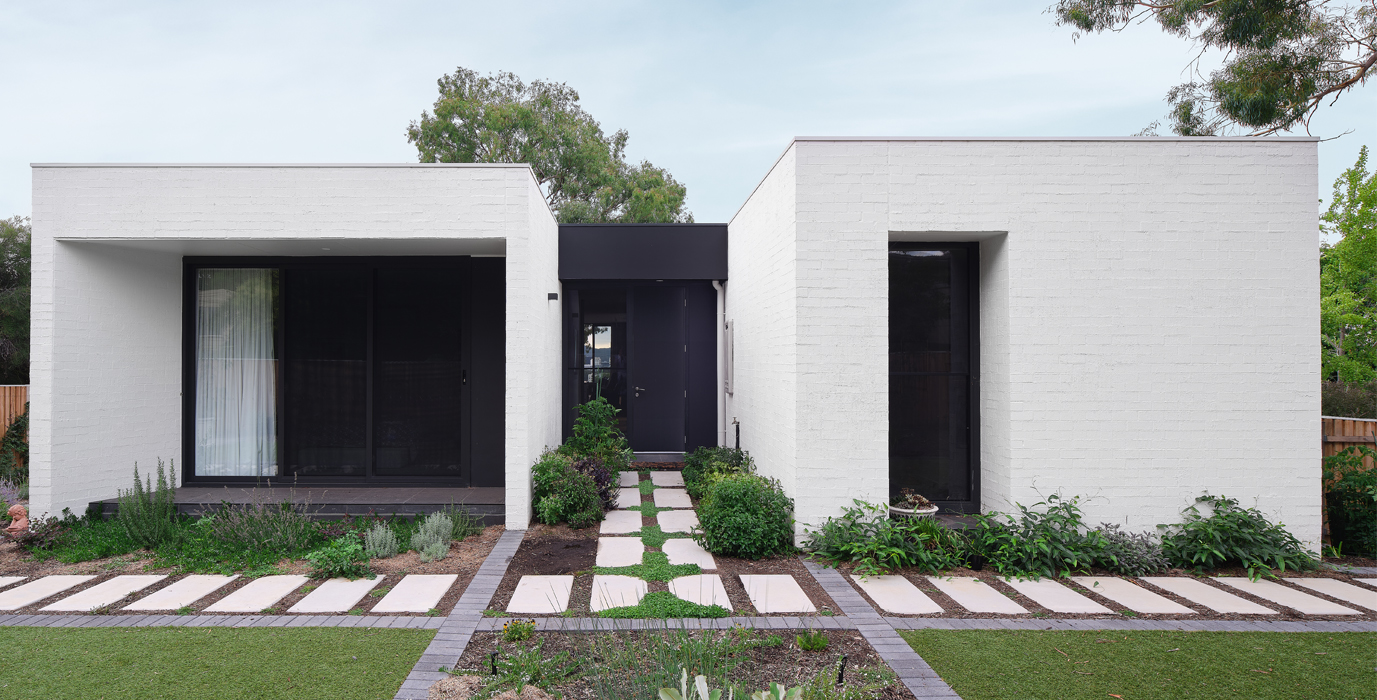